A Fate Worse than Debt 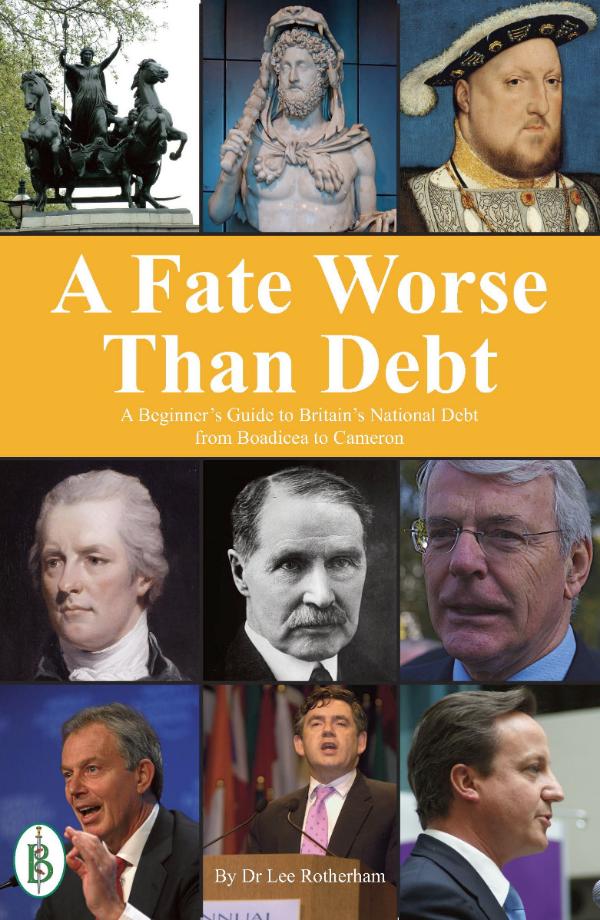 As the UK talks of cuts and austerity, this book explores for beginners the true scale of our financial problems, and some of the controversies behind modern spending.

Warning: do not read if you suffer from high blood pressure, or lack a sense of humour in a crisis.

Among the questions answered are:

Launched to coincide with the Coalition Government’s “make or break” 2013 Budget, this book puts the country’s financial problems firmly under the microscope. It explains what is going on and why in terms the layman can understand - and will find absolutely terrifying.

Possibly the most important - and terrifying - book about government you will ever read.