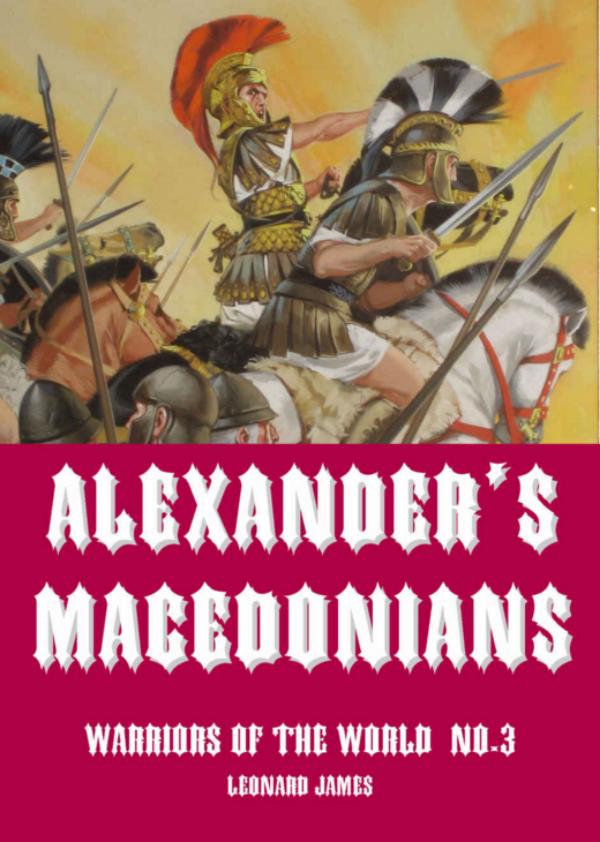 Alexander the Great conquered the known world in a whirlwind of military campaigning that lasted just 13 years. Alexander’s genius helped, but he would have got nowhere if it had not been for his formidable army with its immaculate training, revolutionary tactics and novel weapons.
This book takes an exciting new look at warfare during the time of Alexander the Great and his successors. It explains tactics and strategy, looks at weapons and training. The illustrations show the equipment, the text explains how it was used. This book explains the background to the battles and victories of Alexander, showing how those victories were won.
The “Warriors of the Word” series is a continuing series of ebooks looking at fighting men from across the centuries, from the ancient world to the present day.

About the Author
Leonard James is an author of military books. He comes from a military family that has fought in every major war since at least the Crimean War, and probably before that. His forebears were mostly cavalrymen, though his father served in the RAF. Leonard has made a particular study of battlefields in Britain, walking over dozens of them to get an eye for ground. He has also handled genuine and replica weapons to better understand the use of pre-modern weapons and the men who wielded them