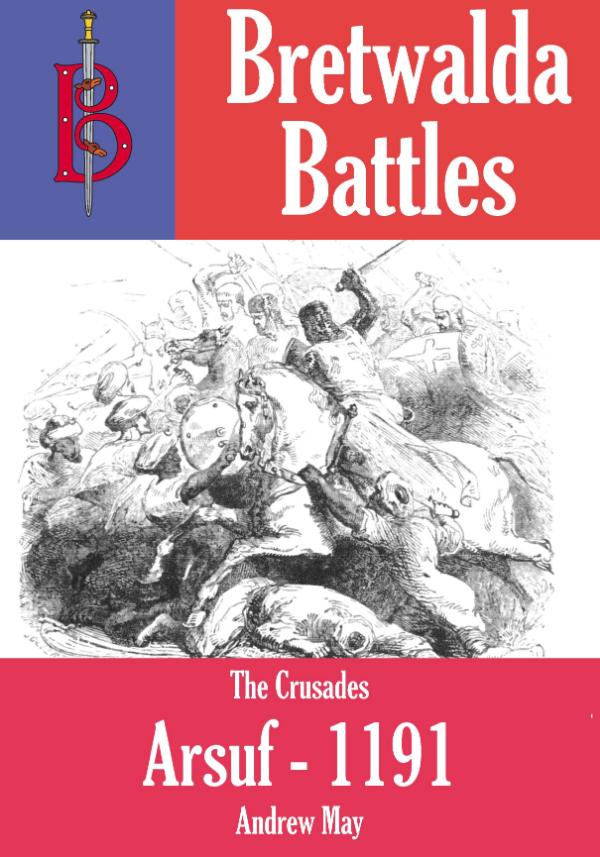 The key battle of the Third Crusade that saw King Richard the Lionheart of England inflict a crushing strategic defeat on Saladin.

The Third Crusade had already captured the great city fortress of Acre earlier in 1191, but was in danger of petering out in a series of skirmishes and small battles as the effort lost direction and some crusaders headed home to Europe. King Richard took the bold step of leading the English army, the Knights Templars and the Knights Hospitallers on a daring march across the desert to capture the port-city of Jaffa, which he hoped to then use as a springboard for the march on the holy city of Jerusalem.

At Arsuf Richard’s army was confronted by Saladin’s main force. Outnumbered by more than 2 to 1, Richard remained on the defensive for much of the day until unleashing his heavy knights in one of the most famous and effective cavalry charges of history.

Contents
Chapter 1: The Rise of Saladin
Chapter 2: Richard the Lionheart and the Crusaders
Chapter 3: A Clash of Cultures... and Egos
Chapter 4: The Battle of Arsuf
Chapter 5: Aftermath