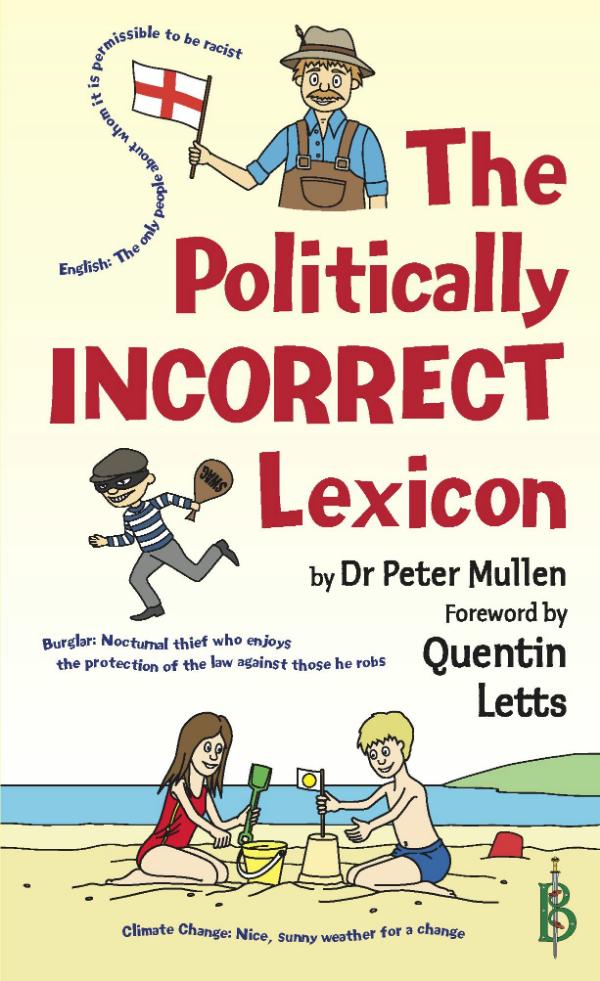 Hilarious definitions of words and phrases used in today’s world that are guaranteed to amuse, annoy, appeal and appal in equal measure.

Today’s media and politics are dominated by words and phrases that have a special meaning far removed from their traditional dictionary definitions. In this hugely entertaining lexicon, Peter Mullen exposes the hidden meanings, secret definitions and doublespeak of the modern English language as used by the politically correct. Examples include:

Human Rights: A legal fiction designed to make rich lawyers even richer
English: The only people about whom it is permissible to be racist.
Burglar: Nocturnal thief who enjoys the protection of the law against those he robs.
Climate Change: Nice, sunny weather for a change
Reforms: Destruction. As in “educational reforms”.
Partner: A sexual partner of more than three nights duration.
Celebrity: Someone you’ve never heard of
Friend: The associate of a celebrity who sells details of the celeb’s private life to the tabloids

Introduction by Quentin Letts of the Daily Mail

About the Author
The Reverend Peter Mullen is religious columnist for the Daily Mail, as well as being Rector of St Michael's Cornhill - one of Sir Christopher Wren's churches in the City of London. He is also Chaplain to the Stock Exchange and Chaplain to the Guild of Air Pilots. Peter writes a regular column in the Wall Street Journal and occasionally for the Daily Telegraph. He has been a vicar in the Church of England since 1970, officiating at parishes in Yorkshire before moving to London.