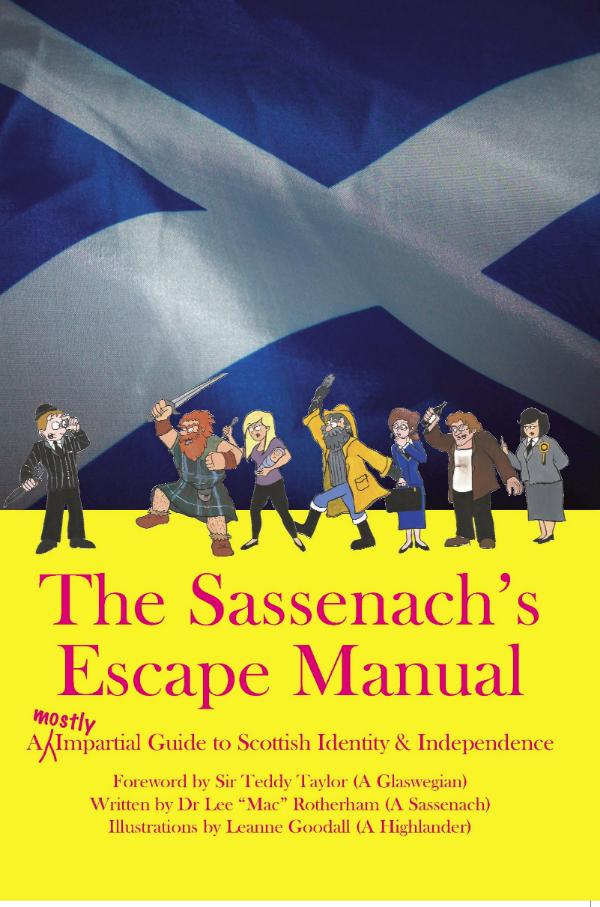 So, you’re trying to explain to a Sassenach the issues around Scottish Independence and Devolution. Or you’re an Englishman stuck in a pub in Glasgow faced by irate locals.

Will Scotland remain a member of the EU? What currency will you spend in Scottish shops??What will happen to cross border trade between England and Scotland? What if the Shetlands want to rejoin Norway? And just how will the Loch Ness Monster survive (if she exists)?

This wee tome gives the answers in a lively and easy to understand fashion while drawing on Scottish history and tradition. A joint venture between a Sassenach, seeking to understand, a Highlander keen to explain and a Glaswegian who sees both sides, this book explains in wry terms the issues confronting Scotland today.

The politicians and pundits are obsessed on the debate about where Scotland fits into the national jigsaw called the United Kingdom - and on Scotland’s place in the world. But far too often the debate is couched in jargon or assumes the reader knows the background to issues that can be complex, involved and demand specialist knowledge.

And if Scotland does vote for independence the reverberations will be felt not only across Britain, but also across the EU and the world. It is time people woke up to the potential problems, opportunities and pitfalls.

About the Author
Dr Rotherham is a Pictophile with a forwarding address in the basement of the National Museum in Edinburgh.
He readily admits to a complete lack of Caledonian roots, and would utterly fail any citizenship test for a Scottish passport on independence. Indeed he couldn’t get any less Scottish if you put a Von in front of his name and wrapped him in a Turkish rug. He doesn’t even qualify for the Encyclopedia Britannica tartan.
He has however over the course of many years been asking large numbers of impertinent questions of Scottish friends and colleagues, and especially of the locals whenever he’s dropped by to visit. This has been less often than he should have liked, but as much as the realities of geography combined with fear of ravenous hordes of midges would allow.

Also in this series by the same author
Yaki Da! A Night on the Town with Tom Jones, a Brace of Druids and Maesteg Gleeman Male Voice Choir
Witty Retorts to the Kamp Kommandant
Decorum in the Face of Hopeless Odds
Saving Your Scalp: The Apache and a Nice Cup of Tea
Birkenhead Drill for Beginners: Sinking Ships and Stiff Upper Lips