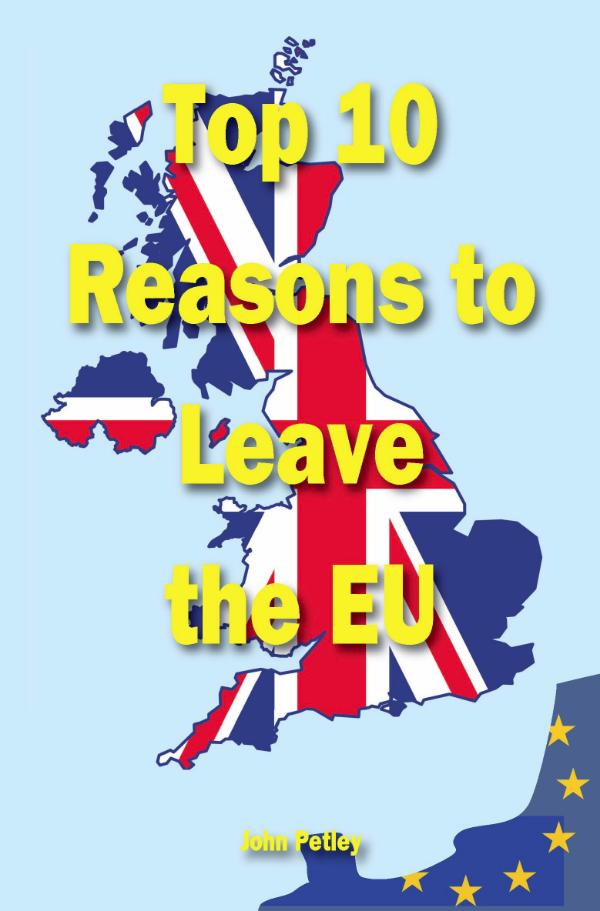 Much has been written about Britain’s unhappy relationship with the European Union, but although a referendum is looking increasingly likely in the next few years, many people remain unaware of just how much damage the EU has done to this country. This short and easy-to-read book sets out the main issues clearly and succinctly, spelling out the benefits of regaining our independence. An ideal gift for anyone still in the dark about the EU or undecided how to vote if we are given the chance to regain our freedom.

John Petley: Biography
John Petley is somewhat of a latecomer to politics. He read music at Oxford before pursuing a career in IT, interrupted by two years at Moorlands Bible College, where he studied for a diploma in applied theology.
His political involvement began in 2000 when he was handed a leaflet about the European Union. This resulted in him joining UKIP and standing as the party’s candidate for the Lewes constituency in the 2005 General Election. He then worked for two years as a researcher in the European Parliament in Brussels.
Although not currently a member of any political party, John is still passionate in his belief that the UK should withdraw from the EU. His research paper On the Wrong Track, which highlighted the growing interference of Brussels in the UK railway network, was published by the Bruges Group in 2009. He is currently editor of Freedom Today, the quarterly magazine of The Freedom Association, which regularly features articles from several leading proponents of UK withdrawal.
Outside of politics, John enjoys steam trains, classical music, keeping guinea pigs, gardening and country walks. He is married to Katherine and lives in Gloucestershire. An Evangelical Christian, he preaches from time to time in various churches in the south of England.